Being one of the most popular platforms for building web applications, angular is rather popular among Ukrainian developers. According to the Payscale numbers, Ukraine is in top-10 countries that possess angular professionals. Adding the lowest average European salary for such kind developers, Ukraine looks pretty interesting destination to rely on in your business needs.

The decision to hire angular developers in Ukraine will open to you numerous advantages. Make it with Orange Sputnik, and you’ll receive reliable service and quality of remote engineers, while distracting details will be our solicitude.

Orange Sputnik promotes a modern approach to remote work in the IT-sphere, called Staff Augmentation. In short, we give seven advantages to our clients that want to hire angular developers:

Which angular developers Skill Set does fit Your startup Needs?

As angular is only a framework for web development, one who seeks for the specialist, knows all the technical aspects that a needed worker should know. Among the most common requirements is experience and understanding some of the following programming features:

Angular vs other JS Frameworks

There is a lack of direct statistics related to the number of Angular developer in Ukraine, but there is plenty of partial data. According to LinkedIn, more than 60k engineers from Ukraine stated that they could work with JavaScript tools. When we move a magnifying glass on this broad area (thanks to Indeed.com), the spreading of 5 most popular JS frameworks job postings looks like the following: 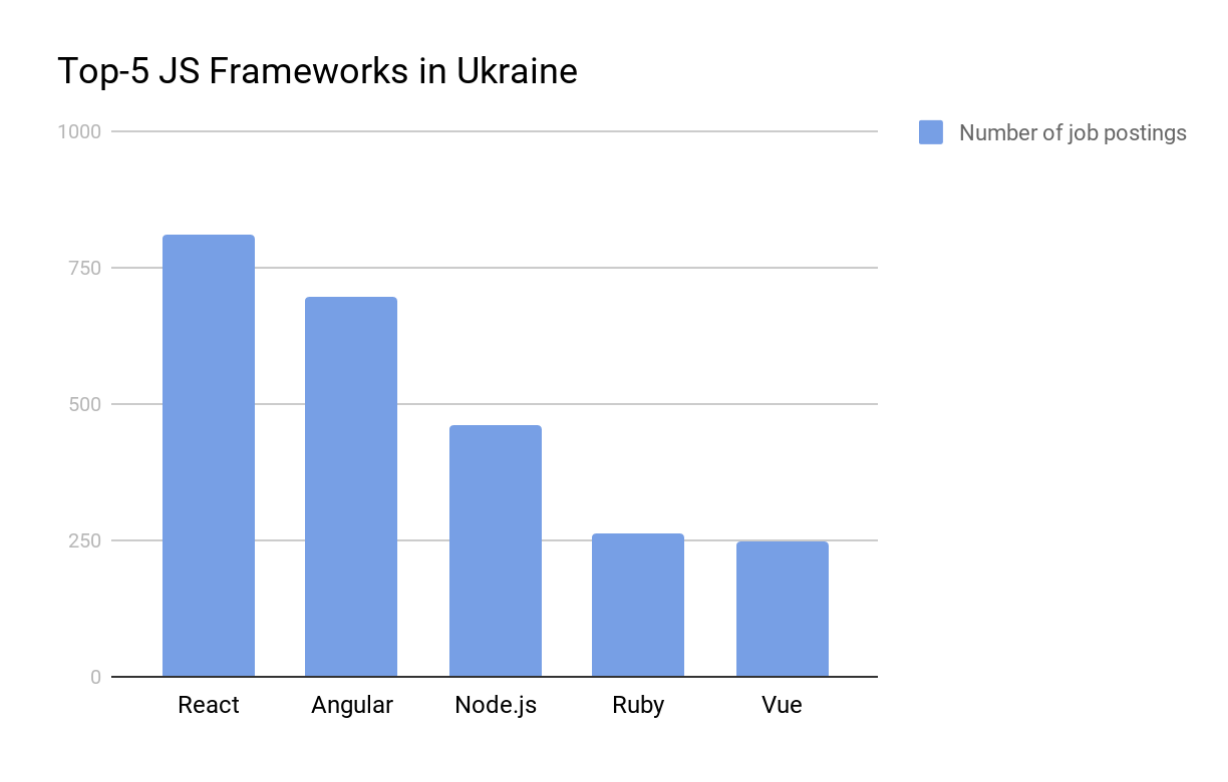 There are no doubts that spreading inside JS looks like in the table, which means that Angular is among the most necessary and popular programming tools in Ukraine. Therefore, finding an appropriate specialist from the variety of available ones will not be a problem, especially if you give this task to our experienced team.

Contact us and we’ll help you to exclude possible mistakes

How many do Angular developers earn?

Average annual salary of Angular Developer over the world

As Angular has many versions with appropriate numeration, including angularJS as the oldest one, the salaries of the specialist may vary. Logically, the newest versions of popular programming platform are usually represented by the lower number of specialists, which turns on a supply-demand mechanism and lead to lower wages for engineers that use the first versions. Another clear dependence is on the experience and skills level, where seniors earn more than juniors.

All in all, the most interesting is still the comparison of numbers between countries. The graphic below shows the average wages of all Angular developers among states: 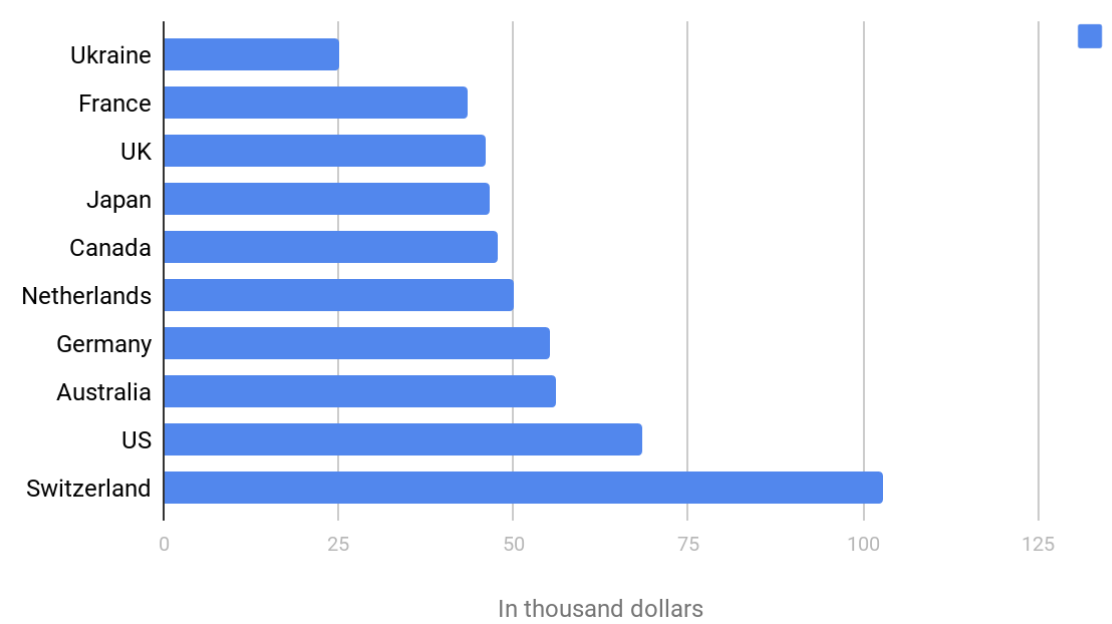 What is important, there is no direct correlation between the wages and quality of the angular developers. Those numbers are more about the level of life in the countries, and Ukrainian programmers just need a smaller salary to produce qualitative IT products. For European startups, it opens additional possibilities as a planned budget can be reduced for other needs, or the enterprise can better motivate a remote engineer from Ukraine.

The actual approximate annual wage of $25,200 in Ukraine doesn’t fully show all the possibilities that business owners may meet in the country. Of course, wages also depend on the level of experience, which opens broad possibilities to find the cheapest variant. One should always remember that information from CV is not a single or final spot in decision making, and the employer can choose the most appropriate variant after personal interviewing.

So, if you decided to hire angular developers with Orange Sputnik, you can rely on the next numbers: 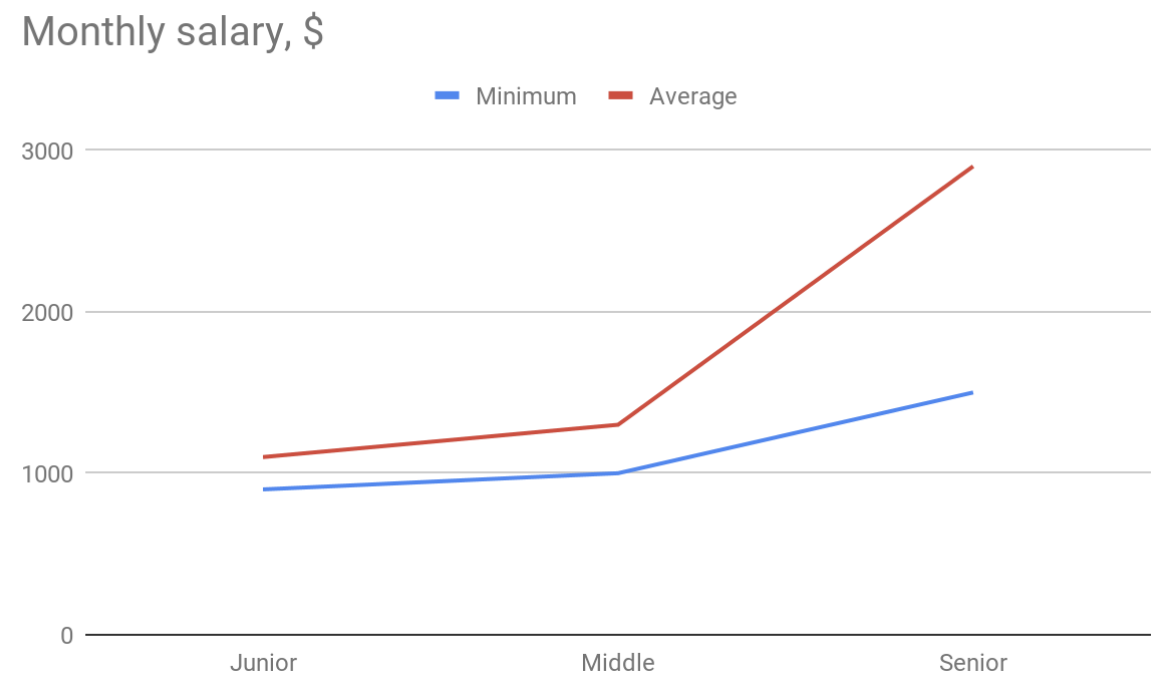