One of the most evident trends in the current web usage is making services and processes available on smartphones. It increases the demand for mobile application developers who are responsible for building consistent iOS and Android apps, which allow being in touch with a higher number of internet customers.

Here the offer to try Staff Augmentation with Orange Sputnik comes to the rescue as this method of adding software developers is faster, cheaper, and more reliable compared to other remote approaches. An entrepreneur receives a fully dedicated mobile developer of the needed professional level and avoids distracting aspects like providing the specialist with a working station or retention practices. 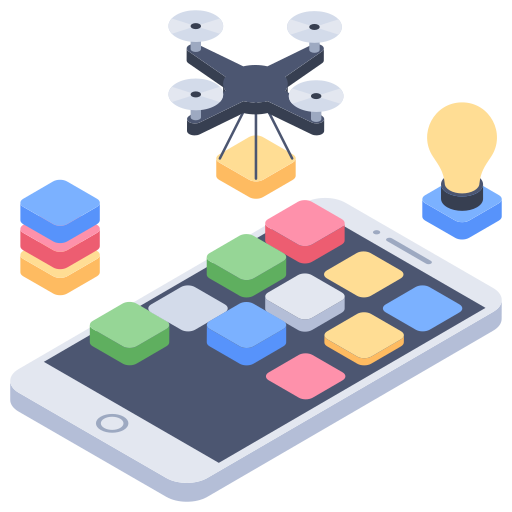 Mobile app developers:
What these developers do, Why needed, and
Where to find?

Which mobile app developer is best for hiring?

Differences between Hybrid
and Cross-platform technologies

As it was mentioned above, the core disparity lays in the rendering engines that are used to transforming a code. For a hybrid technology, it is a browser-based method, which adjusts the code for a needed platform, while the file with app stays the same. The cross-platform approach uses native rendering engine and transforms the original code into separate files for every needed mobile platform, which exist independently.

Another core difference is related to the knowledge and preferences of a particular programmer. Even though both methods can use JS for dealing with the code, some developers still prefer Xamarin or React Native to work with, while others feel more confident with Cordova or Ionic. What is more, choosing one of these methods may also depend on the programming specifics of the app and the existence of ready solutions or frameworks to deal with the particular challenges and issues.

One has to take into consideration that those terms often used interchangeably as they both lead to time and cost reduction due to writing a single code with further operations. Moreover, plenty of internet sources even add such terms as “web app” and “progressive app” development, which are no more than variations of hybrid or cross-platform approaches. So, all the variety of terms that are used in mobile development can be simplified to only two: native vs hybrid/cross-platform, or expanded up to five methods.

Which mobile app development approach is the best?

There is no definite and undeniable answer on this question as many variables exist. The list of the most important aspects that may influence the choice looks like the following:

Traditionally, different startuppers have diverse conditions and opportunities, which led to the appearance of all the approaches. Thus, Native is the most reliable method, but also the most time- and cost-consuming one. Cross-platform and hybrid are cheaper and faster while they are restricting functionality, speed, and UI/UX features. Furthermore, the decision between the last ones can be made even on the already presence of the specific developer in the team who can fastly adjust the app code to the market needs.

Who can be hired easier?

Which language is favourite among developers of mobile apps: Python; C/C++; JS; C#; or Java?

The situation with choosing the best programming language is traditionally hard, and mobile development is not an exclusion. Thus, different coding is used for diverse mobile development approaches, so most hiring preferences depend more on the type of creating an app but not on the specific language.

Which programmer to choose for hiring?

There are three major types of creating an application that can be available on smartphones and tablets: native, cross-platform, and hybrid. What is interesting, the two last approaches confuse inexperienced readers as they have many common elements. In contrast, the native method has plenty of differences compared to both hybrid and cross-platform designing. Let’s firstly look at the table below to get acquainted with basic elements that diverge:

Even though the first step towards understanding the difference between the approaches was made above, still some explanations should be made.

Thus, Native application developing is the most reliable method to make the best product for the needed mobile platform due to high specifics and using the original engine for coding. Usually, Objective-C, C++, and Swift programmers create an iOS app, while Kotlin or Java coders are employed for creating an Android program. However, it is the most expensive method as it requires two almost separate teams to cover both the iOS and Android market, and due to the biggest time length on the way to release.

Who should employ cross-platform programmers
for creating mobile applications?

In order to simplify and accelerate the designing process, cross-platform method appeared, which allows creating one app code and then render it for diverse platforms. It means that a developer with knowledge of JS or C++ can create an application and adjust it for the work on various mobile platforms. Cost reduction is achieved via smaller teams for hiring and less time to launching a project, but one has to be ready for a decreased functionality of the program and limited UI/UX opportunities.

Is hiring hybrid coders worth in mobile app developing?

The hybrid approach of building mobile apps seems to be a golden mean as it shows median results both in performance and cost. The core difference to cross-platform lies in the plain of rendering: the hybrid approach uses a browser to render the code of an app, which means that WebViewer makes all the dirty work of adjusting code to a needed platform. In practice, it leads to cheaper apps via employing smaller teams and time reduction, while possibilities of suchlike programmers are also limited alike in the cross-platform method.

“Orange Sputnik twice reduces the time for hiring a developer, while maintaining spendings are about 50% lower compared to keeping a worker in a local office”

How much do iOS and Android mobile application cost?

Actually, it is more a rhetoric question as there is no single answer on it. There are too many details that should be known before even starting pre-calculations. However, one of the most valuable aspects was explained above as the price for mobile application directly depends on the salary of the specialist who would be doing it.

What are the wages of mobile app developers?

Alike with other software programmers, mobile app coders salaries vary significantly according to numerous factors. Experience, place of living, knowledge of related technologies, level of English, success stories, and many more elements are influencing the final wage of a programmer. In general, the global spreading of minimum salaries from the middle-level to the maximum cost of seniors in mobile developing looks like on the following graph:

As a rule, the most expensive programmers are located in the NA and Western Europe, while the most attractive prices for startups can be found in Eastern Europe. Moreover, this region has a massive talent pool of developers with appropriate knowledge of English, while the time gap absence, especially for Europeans, is also a benefit.

As Orange Sputnik is working from Ukraine for more than 8 years and providing Staff Augmentation for abroad businesses, we’ve collected enough data to indicate more in-depth numbers. Thus, one can employ iOS programmer starting with about $10/hour for a junior, about $20/hour for a middle-level, and pay $25-30/hour for senior specialist. These numbers include the spendings that our company pays for providing a workplace, dealing with taxes, and other related expenses.

In the table below, data about salaries presented in the monthly rates if someone finds it more suitable for calculations.

The desire to add to your team a remote developer for Android apps can be easily made with Orange Sputnik, and when it comes to more exact numbers, here what we suggest to our clients. Young and inexperienced Android coders can be hired starting with only $10/hour, those with few years of the experience are available on the market for about $20/hour, while the best ones are ready to work in the range of $20-35/hour. As one can mention, salaries are quite the same to iOS developers rates, which only confirm the world’s trends where the two most popular mobile platforms are fighting in similar conditions.

For those who prefer data in monthly wages instead of hourly payment, we prepared the graph below.

What aspects influence the price
of the mobile app?

There are plenty of details that have to be known as they are influencing the final cost:

According to the Outsystems Survey held in 2019, only 20% of mobile applications were built faster than 3 months, while about 60% of apps were created in less than half a year. It allows assuming that some primitive apps can be built even in a month and can be accomplished by inexperienced programmers. More difficult applications can take up to 3 months and require more experienced developers. Complex solutions can grab up to half a year and should be made via pre-senior programmers. And finally, complicated e-commerce app creation may take about 9 months and require only the best coders.

Taking into account the info from the previous passage and applying it for the prices on the Ukrainian market, something like in the following table may arise. However, one should understand that the price for the final project will be much higher. Thus, presented prices should be tripled even for the most straightforward projects as a minimum a few more members should be in the team. When the talk is about the most challenging applications, one can multiply the number from the table by 5 or even 10 times, as a few developers can be needed for working on the code only, nothing to say about other aspects of the app.

Cost of the developing code only by Ukrainian mobile app developers

However, one has to consider numerous aspects before jumping into the pool of mobile app development not to drown in the details.