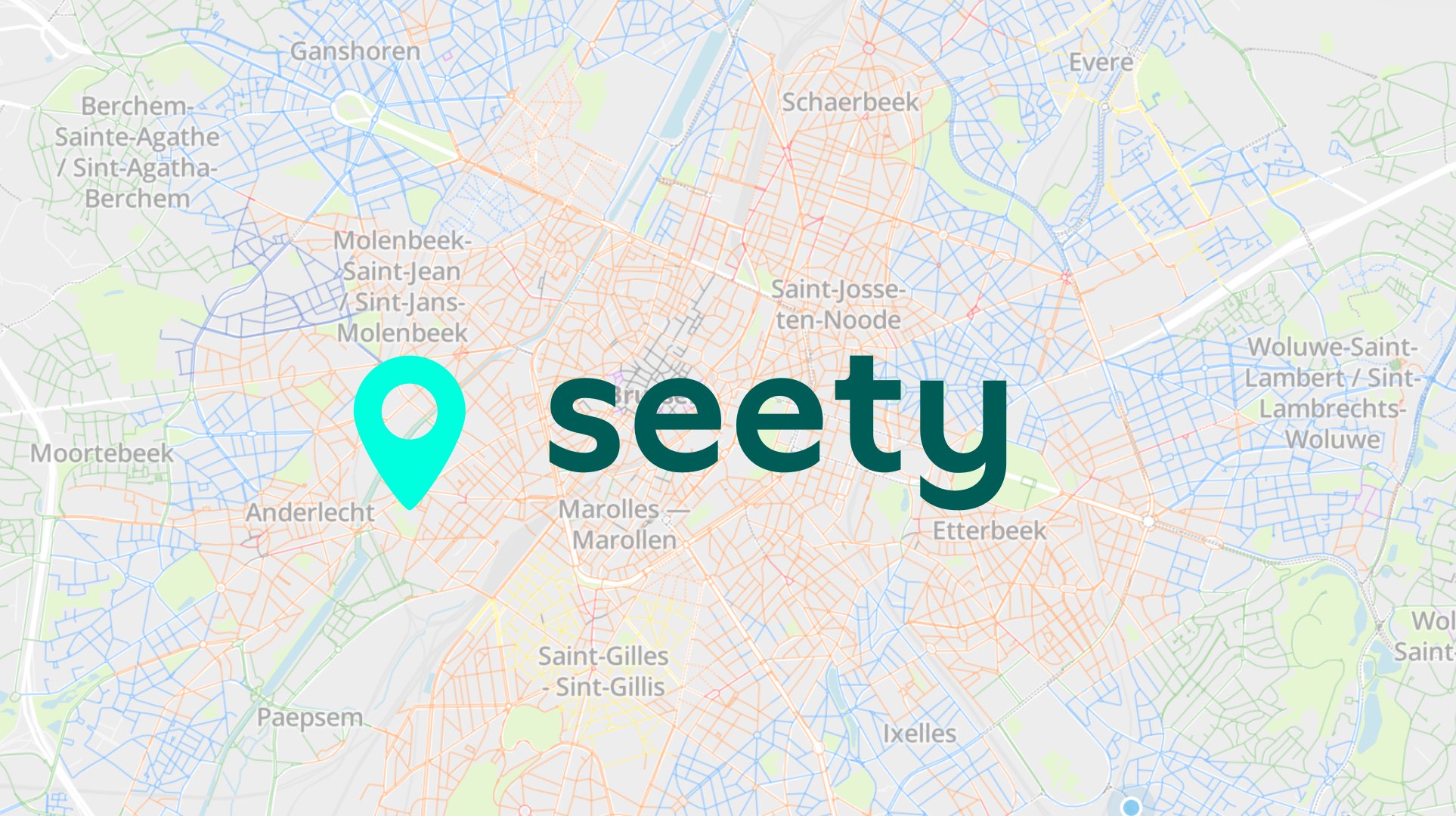 Is it possible to build a community-based startup?

Surfing across the startup communities is a rather exciting process as you will always meet interesting people with progressive thoughts. The plural form of the last word in the previous sentence isn’t accidental because many young entrepreneurs have dozens of business ideas, and some of them participated in more than one startup. Our current interviewee also felt such an experience as he was a co-founder and CTO in Covevent.be, while now is totally focused on Seety.co in the same role. “Being an experienced full-stack developer, I was a CTO in both projects, and so we could develop apps without hiring cheap programmers from Eastern Europe or alike, ” began Nicolas Cognaux.

Our interviewee is only 26, but he participated in multiple IT projects, while two mentioned ones can be considered as his major achievements in this sphere. We have already shared a short description about Covevent.be in the first part of our Start it @KBC accelerator review, while this article will be dedicated to his second website and life in general.

What is Seety, and how can it be useful?

The young entrepreneur designed Seety application “to help people with transportation and parking issues that are a real nightmare in big cities. Basically, it is a platform that is available on the web and both iOS and Android devices. A user can find info about regulations, paid stopping lots and their prices. We also want to add features like the ability to display available spots, including those on the streets, but it requires new technologies to implement. We want to be something like a swiss knife for parking.”

In order to explain the functioning of Seety platform, Nicolas highlighted two primary directions of working with clients. “The first element of our focus is a community, which makes the main contribution to our development. Thus, our users send info about the specific areas of cities, including parking regulation, type of places, and even control measures that are applied on particular streets. Seety is gathering such data and present it in on the map to make the life of drivers a bit easier. Also, we plan to launch another feature, which should be a possibility to book a spot and even prepay it.”

The problem of transportation and parking in the big cities isn’t a new one, so politicians have already made some steps to resolve the problem, but the issues still exist. According to Nicolas Cognaux, “government tries to ban cars inside cities by simply removing parking spots to discourage people moving in cities on automobiles, which is actually, a normal measure. However, it did not change the situation a lot as many people cannot rely on other transportation variants, and we try to help such citizens.”

The wide variety of technologies that can be applied usually meet serious problems and the interviewee explained why. “During the proof of concept stage, we planned to instal a specific camera in front of our office, which could help in counting free places, but it appeared as a too expensive method to use on streets massively. Also, such a variant is almost unreal due to legal issues as it breaks confidentiality laws. Relying on temperature or ‘in-out’ smart sensors is also impossible as it is hard to implement such technologies directly on the streets. At the same time, there is enough statistical availability like about traffic jams now, while street sensors require connection to some front-end technology, which is only in plans. As you can see, street parking is a tricky one, so now we rely mostly on the community.”

Importance of the community cannot be overestimated

Currently, the company has more than 200,000 users, with about 20,000 active ones per week, but Nicolas sees society as a cornerstone driver not only for Seety. “Actually, the community makes the difference and usually develops a startup. In our case, people send information about parking places, help to define free spots, and share information about spotted parking officers. Our part of the work is providing appropriate computations, organising notification and displaying processes. Everyone involved in the project deserves a compliment, but precisely community and their active sharing are yet a primary reason for our success and growth.”

“Actually, the community makes the difference and usually develops a startup.”

Even though society is vital for the project, the team of like-minded persons makes Seety working and helping others. Moreover, the regarded case is a perfect example of how the right goal excludes boring money-earning and serves as a primary motivator. “All our team feels the issues of tough parking and understands the pain of transportation in big cities. Every member of our staff, starting with the marketing intern and ending with the most experienced software developer, has faced the problem too and is motivated to improve mobility in populated places. Therefore, we all have the same thinking and share values of what we are doing at the moment.”

Marketing and monetisation for the free app

As the Seety application is absolutely free for users, the issue of advertisement and earning money can be interesting for many startuppers that are developing free apps. Nicolas started with the marketing approaches their teams uses to be popular. “We have three departments: developing, mappings, and marketing. The last one is lead by a manager with two hired interns. They are responsible for social networks, communication via emails, smart notifications, and make a lot of SEO. The last element is especially vital, so they are creating separate pages for every city to be ranked well by Google search engines. Such an approach takes a lot of time and forces, but SEO strategy worth it.”

The answer about monetisation methods was also interesting as it shows a creative approach towards finding financial sources. “The first way to get some funds is GEO-located adds. In our case, it is restaurants and shops that suggest some specific discounts via our app to attract the target audience that is already alongside. The second method is a context-based model as we have a lot of useful data on parking spots and regulations. Thus, real estate agencies are ready to pay for such data, and can show potential buyers the map with available parking places.“

We expected the question about the future and nearest goals would be a tricky one, but the interviewee showed good awareness about their perspectives and opportunities. “We plan to be in all the big capitals in the EU, but only if they will need the solution we suggest. For instance, there is no need to develop Seety in Amsterdam as the Dutch capital has clear parking rules that work effectively. The overall plan is to move to the cities with complicated transportation rules and where we will bring real value and help to users.”

Possible threats and how to deal with them

A large business was always a problem for owners of smaller firms. New digital-based startups are usually facing even more significant issues – intercontinental corporations and worldwide companies can change the market balance in just a moment. If startups aren’t already under their control, of course. “The biggest threat to startups is the coming of big players to the market. Google maps can provide the same service or just buy us. I suppose it can be actual if we will be present in more European capitals and cities.”

“The biggest threat to startups is the coming of big players to the market.”

The question about the possible outcomes of the absorption scenario made Nicolas frustrated for a moment, but then he answered it philosophically. “Giving value to people is my primary motivation, and I want to continue the development and growth of the product that helps people. However, if I feel that I cannot give value to users, I will sell the company to those who can continue helping citizens.”

Nevertheless, the owner of Seety seems to have enough passion for going further with the current idea. “If I were not building this startup, I would be doing another one. Actually, I was ready to create a company when I was 16.” On the unexpected question about the advice to himself 16-years old, Nicolas answered as an experienced philosopher. “Time – is the greatest resource that cannot be bought, so the only advice is to accomplish tasks most efficiently.”

“Time – is the greatest resource that cannot be bought, so the only advice is to accomplish tasks most efficiently.”

Despite the fact that startuppers are usually proactive and positive people in their nature, the overall impression after the interview was abundantly positive. Vast developing experience, two successful web applications, high level of understanding business processes, and philosophical optimism – sound too good for a 26-years old startupper. It is hard but exciting to imagine: what can the interviewee achieve in 10 years with his experience and attitude to the time? 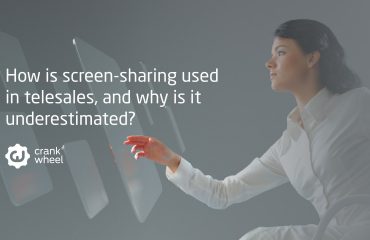 How is screen-sharing used in telesales, and why is it underestimated? 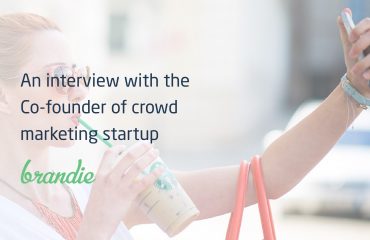 An interview with the Co-founder of crowd marketing startup Brandie