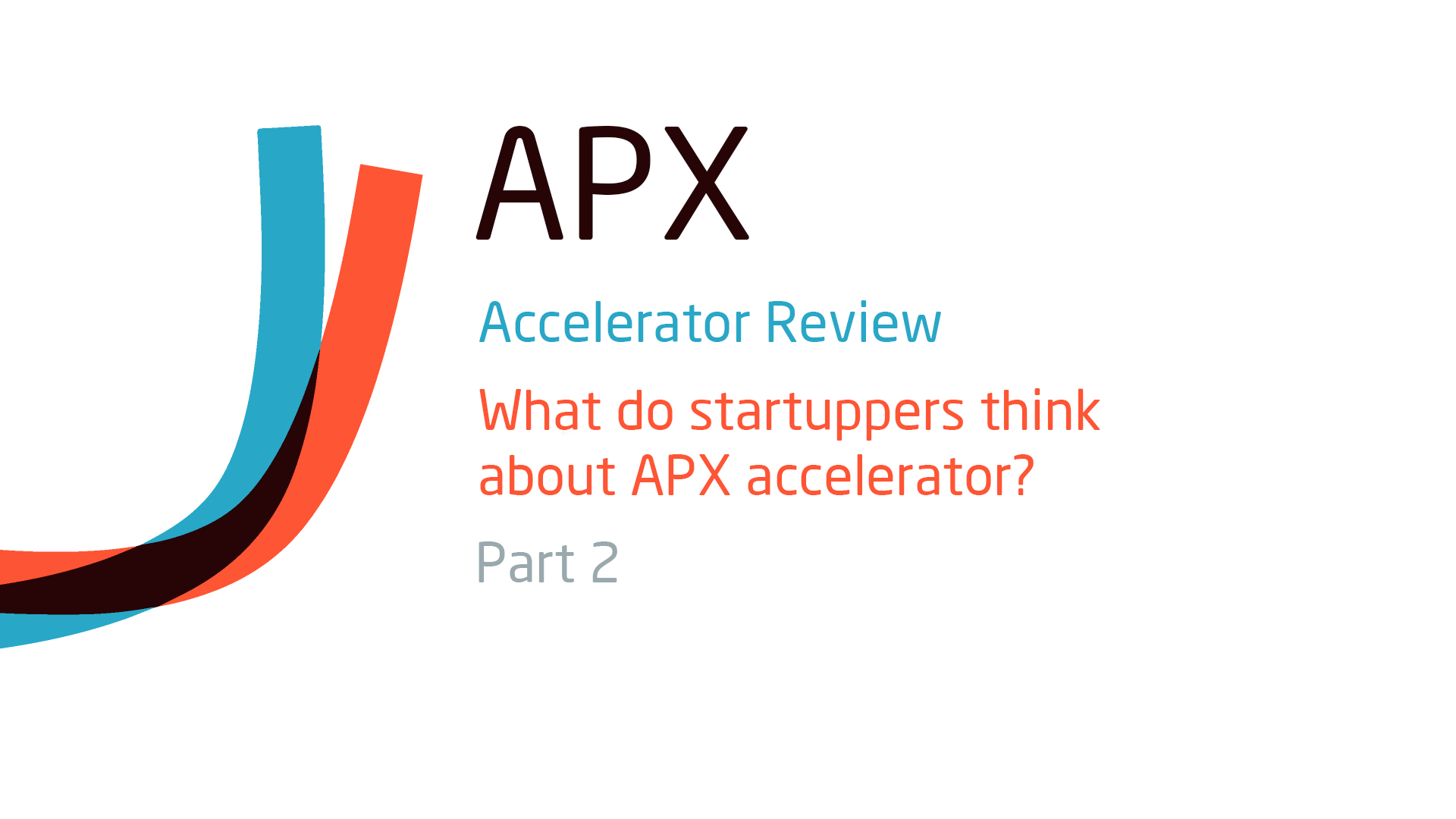 What do startuppers think about APX startup accelerator? – Part 2

“They believe in strong teams, so few co-founders is an advantage during the interview”

Can mobile applications help with dogs?

People own pets for different reasons, but information that about half of them in Sweden is insured already can astonish. Maybe suchlike data, but surely not only it, facilitated Rasa Gentvilaite Ziemiene with a co-founder to create a mobile app for training dogs as the most popular pet choice.

“Our mobile application helps in daily training dogs, making this process simple, useful, and fun,” explained Rasa. “The owner of such an app on the smartphone can receive feedback from professional dog coaches and join a community of dog lovers. Those who want to teach their pet can use a build-in clicker to simplify the training process, accomplish joyful tasks, and practice numerous tricks.“

As the regarded startup was founded and developed in Lithuania, the issue of joining some local acceleration program was researched in detail. “We were seeking some funding, but the primary goal was to help in networking and to get new contacts. Most of the local programs are focused on the B2B market and have a limited contact list. In this case, APX looked more interesting and promising in most aspects.“

Traditionally, the interviewee gave compliments to mentorship, network, office space, and workshops during participation. However, much more interesting looks the advice to those who want to join the program of the regarded Berlin accelerator. “They believe in strong teams, so few co-founders is an advantage during the interview. Of course, the idea should be competitive while the team should have a vision of further development, and not only technically.“

“At the end of the program, we got a strong investing interest due to APX’s contacts.“

Rasa and the rest of a team were forced to relocate to Berlin as it is one of the conditions for participation. “Almost all the funding they give at the beginning was used for salary and surviving in Germany. Nevertheless, we were already receiving enough revenue from our product to focus on the daily gaining of needed knowledge. Marketing, negotiations, convincing, pitching – all those elements were significantly improved. Also, at the end of the program, we got a strong investing interest due to APX’s contacts.”

Now, dogo.app has over 2 million downloads on both iOS and Android, with an average rate of 4,9/5. Also, this app looks attractive and can be useful for dog owners from all over the world. So, if you have a puppy but don’t know what wagging tail or wet nose mean, you know where to find an answer. However, be careful while studying this startup because exciting info like ‘dogs can dance’ or ‘learn up to 150 words’ can bear the desire to own a pet even if you don’t have one yet 😉

“As you need to spend much time on workshops, learn new information, and share open office space, it is hard to build the product itself after joining”

Creating an application by yourself

Manager services are usually too expensive when the talk is about organizing events like conferences, summits, or workshops as requiring a lot of time to spend and abilities to have. However, if you are aware of the different aspects of the upcoming occasion, you can try to build it yourself. The platform lineupr.com helps people who want to digitize and simplify the organizing process by doing it by themselves.

“We invented ‘do it yourself’ platform for creating event apps. The user can fill appropriate fields like time, location, contributors, sponsors, etc., and receive a web-based application of the occasion. It will be available for all the interested sides via URL and serves as the one place of all info about the future meeting. Thus, the owner can make updates or post news, change conditions or add sponsors, and all this usually becomes a useful template for further events and a source of valuable statistics.“

As Eric Mischke and two other co-founders were taking part in the Axel Springer acceleration program a few years ago, the conditions were quite different compared to the current ones. For instance, the number of applicants is significantly increased now, while the basic bonus for participants is twice bigger. However, most of the advice gave the interviewee, have no statute of limitations.

“To be accepted to the acceleration program one has to prepare a short and effective pitch, possess an interesting idea, and understand how to sell it. Also, they can ask your former experience and expectations of the program. As APX doesn’t force to attend all prepared workshops, they want to be sure a young entrepreneur will visit all on his own, or the needed ones at least,” explained Eric.

“When someone asks me about the acceleration program, I simply answering that this is a good way to teach a lot in short time frames, and get many useful and warm contacts.”

The question about the strongest sides seemed to be the easiest to the interlocutor. “When someone asks me about the acceleration program, I simply answering that this is a good way to teach a lot in short time frames, and get many useful and warm contacts. Of course, the expertise level of their mentors is high.” To expand this idea, Eric decided to give an example:

“We didn’t know how to build the pricing strategy and asked mentors. As a result, we had a 2-hour conversation with the pricing chief of Axel Springer, who built two successful startups. We discussed all the details and created a pricing system that wasn’t changed since that time.“

The level of honesty of the interviewee was surprising, as Eric also shared the problems a startup can meet during the program. “As you need to spend much time on workshops, learn new information, and share open office space, it is hard to build the product itself after joining. It is especially tricky if you have hired remote developers from abroad. However, even those drawbacks can be easily overcome with the only aspects like the help of the mentor after the program.“

Difficulties with building a product are not the adverse side of the program; it is more specific to what a participant should be ready for at the first stages of the harsh journey to success.

How to bring more engagement?

Game streaming now is gaining momentum as the popularity of video games is increasing. These facts became an idea of the GameBuddy, but the regarded startup offers more than just a new gaming experience. Thus, the owners of this platform see it as the social media for gamers, where natural engagement and interaction between streamers and viewers are on the highest level.

“We researched streaming content and appropriate platforms like YouTube and Twitch and found how to improve the engagement. GameBuddy allows suggesting missions or next steps in the game by the viewers, which makes streams more interesting for both sides,” explains Niklas Hatje, a co-founder of the considered startup.

Although network opportunities of APX are the crucial bonus and target for most young entrepreneurs that want to join them, Niklas told it was also related to another reason. “They presented a special e-sports program, which seemed to be valuable for us. However, it was not prepared well as most of the activities related to it did not give expected results.“

Benefits of the participation

Nevertheless, the startupper did not show any disappointment related to the program. “Mentoring was one of the strongest points due to several reasons. Thus, their tailormade approach to every startup shows that they are focused on the issues. Also, we received answers to all the questions and the intricacies we had. This positive feeling was facilitated by the friendly community and mentorship staff that included former startuppers and people that really understand you and can honestly share your problems.“

“I skate to where the puck is going to be, not where it has been.”

One of the most evident advantages of joining accelerators usually is the result. According to Niklas, they made essential changes to their initial idea, although it gathered more than 100,000 community before participating. “When we started, the idea was to build a special social network, like Facebook, but for gamers. After the program, we changed the direction to provide more interaction between streamers and viewers, and it worked.“

The power of foreseeing

Among the variety of characteristics that every businessperson has to possess, the ability to forecast future needs and tendencies is vital. It seems that Niklas received this help in APX even though he did not expect it. What is interesting, the most precise claim concerning this was made by hockey star Wayne Gretzky: “I skate to where the puck is going to be, not where it has been.” Sometimes, it is incredible how the phrase from sport handles business principles, isn’t it? 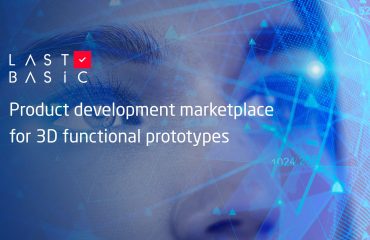 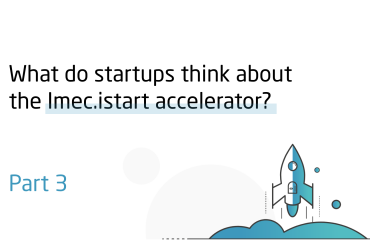 Accelerator review. What do startups think about the Imec.istart accelerator? Part 3.